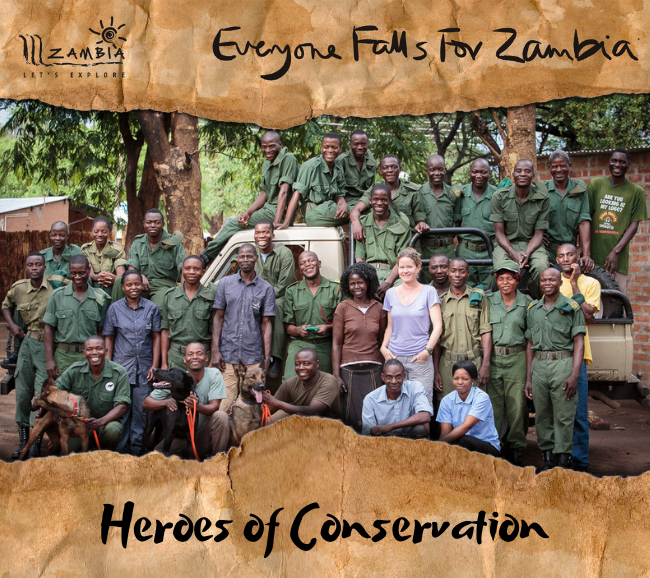 Conservation South Luangwa (CSL) is made up of 80 dedicated, full-time team members who each possess unwavering dedication to protecting and preserving South Luangwa’s wildlife.

Below is a summary of the admirable and effective ways in which the CSL works towards the successful conservation of South Luangwa – to read the full annual report, click here.

CSL invested in much-needed training last year. Refresher training was given to 90 wildlife police officers and community-based scouts, after which top scouts were selected for a 6-week specialist course which produced an elite team of 18 scouts who were all trained in Quick Reaction Force (QRF). This training has largely contributed to anti-poaching efforts and results.

In 2019, CSL and the Department of National Parks & Wildlife (DNPW) finally joined two command and control centres, and the results have been astonishing. They can now trace how many patrols have been deployed annually, what resources are required and what management is needed which is frankly, a revelation. Duplication, inefficiency and other drawbacks in success have been significantly reduced, and positive processes have been put in place such as managing the control room, the merging of SMART databases and more clarity regarding anti-poaching efforts and threats. Plans for 2020 include improving technology, infrastructure and training.

Now a well-established arm of CSL and DNPW operations in South Luangwa, the CSL K9 Unit assists officers with the detection of illegal wildlife items such as ivory, bushmeat and animal skins as well as other contraband such as firearms and ammunition. There are two dog units, one in Chipata and the other in Mfuwe, and the plans for additional and ongoing training for both the dogs and their handlers will continue in 2020. The K9 Unit also works with rescue dogs, giving them a new lease of life. These dogs are rescued and trained by Working Dogs for Conservation (WD4C).

Human and wildlife conflict is having an adverse effect on South Luangwa. Not only is the health and well-being of the population being affected, but conservation efforts are also taking a hit as a result of the animosity between humans and elephants. In an attempt to reduce this conflict, chilli patrolling has been introduced to deter elephants from approaching and destroying local crops, farms and properties. This strategy causes no harm to the elephants, it merely distracts them.

SL, DNPW and ZCP provide full veterinary assistance throughout the Luangwa Valley, to improve the survival rates of wire-snared animals. Wire-snaring is the most dangerous threat to a range of species in the Luangwa Valley, and so the efforts to immobilise and de-snare are crucial. As well as rescuing snared species, the veterinary care also covers rabies vaccinations, surgeries, neuter operations and other treatments. In 2019, 6 elephants, 2 hyenas, 1 wild dog, 2 lions, 1 puku, 2 giraffes, 1 buffalo, 1 bushbuck and 1 baboon were de-snared.

Click here to read the full annual report on conservation in South Luangwa. 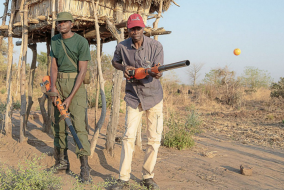 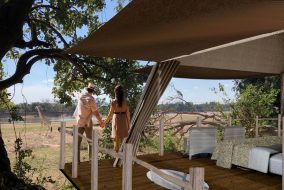